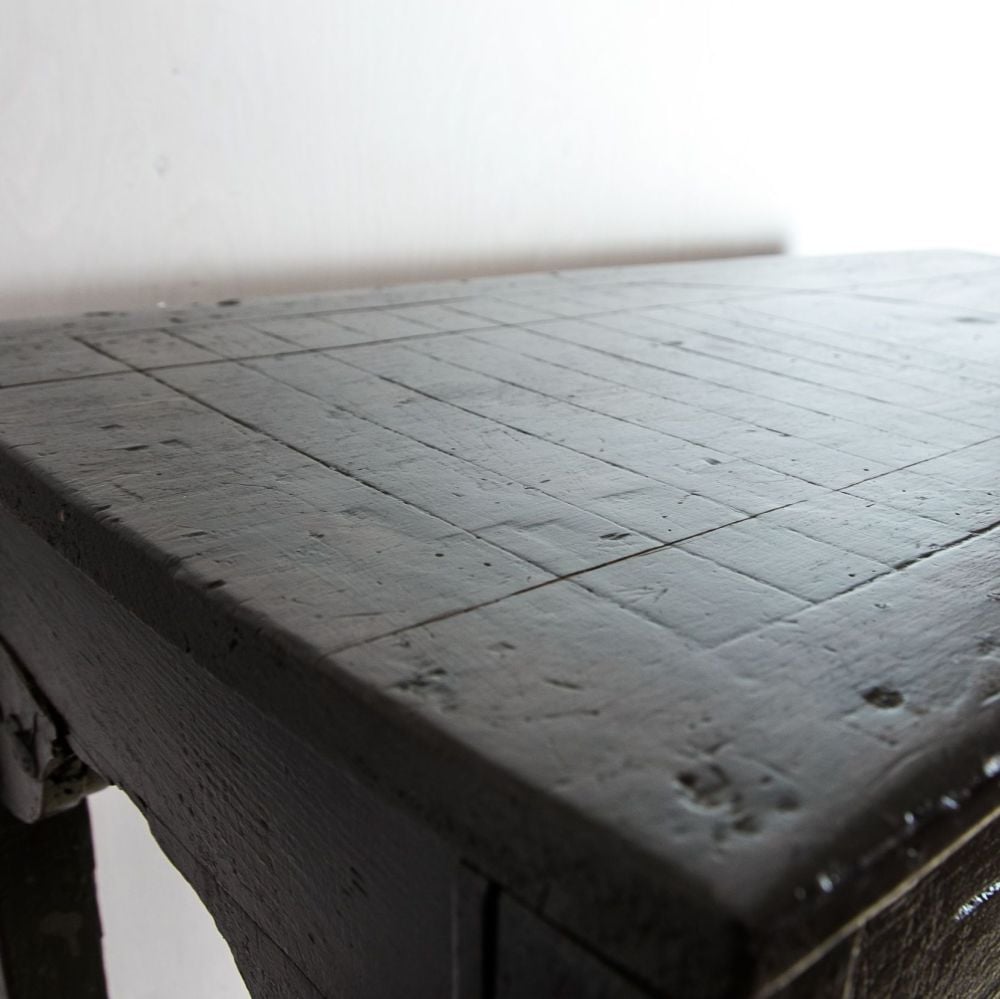 An important and extremely rare 18th.C. “Push Penny” pub table, believed to have its origins in “The Old White Lion” Tavern on the quayside at Great Yarmouth, a port in Eastern England. There are only FOUR such tables known and that have survived their rough and challenging pub life. One is in the National Trust's property of Ickworth House in Suffolk where it is in the servant's quarters.

It’s rarity is enhanced not just by its originality and traces of original coloured varnish, but by the fact that it so comfortably predates “Shove ha’penny" boards introduced c.1820s when halfpennies replaced (English) penny coins. Shove ha'penny developed further in the 1840s and universal rules were established in 1853.

"Push Penny" was played in pubs in England before Shove ha'penny - in the 18th Century (and possibly earlier) and derives from the even earlier 16th/17th games of Shove Groat or Shovelboard (now known as Shuffleboard). Shove Groat was played with the English silver fourpenny coin - the Groat, hence its name.

Shove Groat itself stems from the long-board (or table) game played in the 16th and 17th Century by the upper classes and aristocracy in England - and was recorded as being played especially during the times of King Henry Vlll.

For those interested in the development of the long-table game of Shuffleboard (or Shovelboard), especially in the USA and Germany where leagues and championships are played, this table provides an interesting historical "link" in the game's continuing development.

The table was purchased many years ago from the owners of the Old White Lion Public House in Great Yarmouth, a major and historical port in Eastern England. During the late 18th Century the port was especially used by Horatio Nelson, Britain's famous naval commander when came back to his home in Norfolk. The Old White Lon, close to the harbour moorings was well frequented by many of the crews of Nelson's Navy (if not the great man himself!!).

All in all this, this is an extremely rare item, especially in the history (and development) of pub games and of Britain's social history, maritime history.

The table's condition can be described as good - there are signs of wear and small repair work as can be expected (please see photos). The wood is probably pine and dark stained and varnished over the years. The table top has outstanding patina with scribes lines of the Push Penny game associated with its age and use. The "fields" - the distance between the lines - is 1. 1/4 inches slightly wider than the Shove ha'penny board layout.