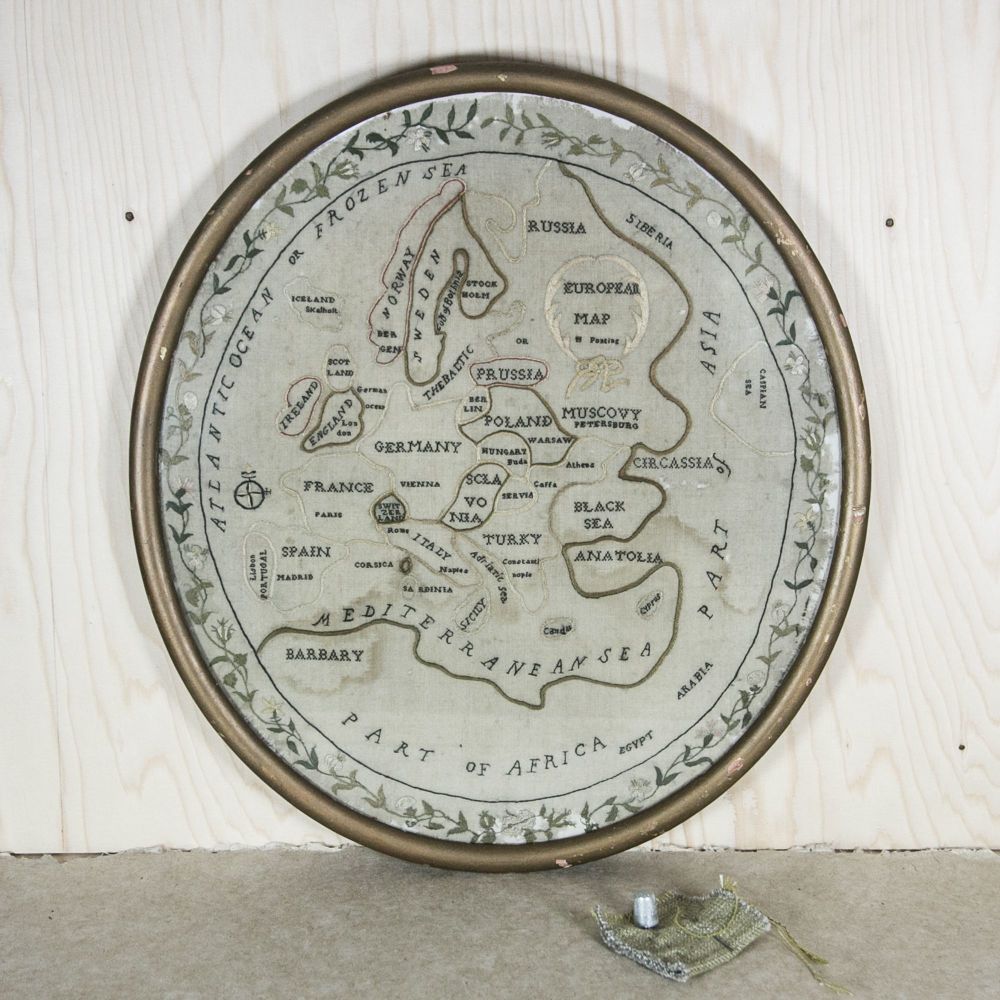 For sale here is a rare Map of Europe sampler from the late 18th–early 19th century embroidered with the young makers name H. Ponting - worked in satin stitch on a linen ground and mounted under glass in an attractive period oval frame.

It is in excellent condition overall, the smallest amount of fraying at the edges and a little discolouring in places - but nothing that distracts. Overall its condition can be described as "very good."

Working an embroidered map sampler became part of a young girl’s education, starting in the 1770s, and continuing until about the 1840s. The map of England and Wales was the most popular and commonplace - this Map of Europe is significantly rarer. It records a time when the state of Germany was beginning to form but still excluding Prussia. It was much later in the 1870s that Germany finally became a Country.

I am happy to ship overseas. Enquiries welcome.